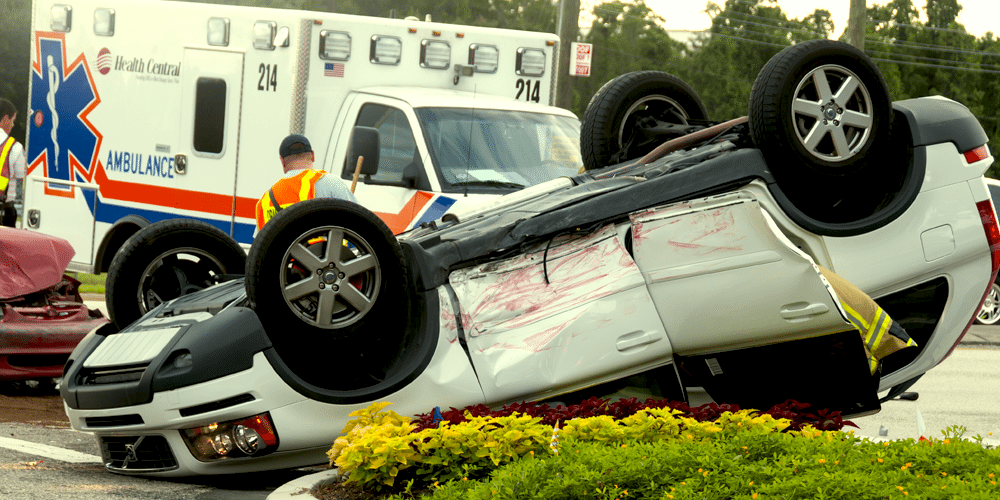 At Bill Kennedy Law PLLC, we are trial attorneys. We handle personal injury cases like car wrecks, truck wrecks and any case where a person is seriously injured due to no fault of their own. We also handle serious felony criminal cases. Whether you are dealing with a serious injury case or criminal case, we treat every case like it is going to trial; that way we are prepared if it does. One of the things we see in our personal injury side of things is the difficulty of handling the financial stress weeks and months immediately following a serious wreck.

An injury wreck can disrupt one’s ability to earn income, take care of things around the house without help, which they used to be able to do on their own prior to the wreck, as well as manage co-pays and medical expenses. This can cause major stress, and financial discomfort can easily be alleviated with an extremely low cost coverage you can add to your insurance called: PERSONAL INJURY PROTECTION, or PIP. It is a must have, and here is why. In most cases, PIP covers medical bills, 80% of lost wages and reasonable household duties that couldn’t be performed due to an injury (e.g., if you had to hire someone to clean your house due to your injury when you did it yourself before the wreck).

Personal Injury Protection covers you, your family members, passengers in your car and other injured people, regardless of who caused the wreck. PIP is payable without regard to who was at fault in the automobile accident. If you are the cause, the other person is the cause, or if nobody is the cause (such as if a deer ran into your path and caused injury), it does not matter; you can still recover under PIP.

Texas Law states that your insurance company must “offer” to give you Personal Injury Protection with any liability automobile insurance policy in Texas. You can reject it, but it must be in writing. If there is no signed, written rejection, then you have the coverage. There is no requirement that the consumer actually purchase the PIP coverage. But there is a requirement that PIP be “offered.” So your insurance company will automatically give you and charge you for PIP coverage, but you may reject it in writing if you don’t want it. The company must offer you $2,500 in PIP, but you can buy more. Most good insurance companies offer up to $10,000.00 in PIP coverage, and you should buy as much as you can afford—but at least the minimum. You should not rely on the signed rejection but verify you have this coverage to be safe. It’s also important to note when the policy is renewed the next year, a new rejection is not required. Once rejected, the policy holder continues to not have PIP coverage from renewal to renewal until they contact the insurance company and ask for coverage. http://www.tdi.texas.gov/pubs/consumer/cb020.html

PIP will pay medical bills that are reasonable and related to the wreck.

Insurance companies are more difficult these days with regard to what medical bills they will cover under PIP. Basically, they make sure the treatment was related to the wreck (and not preexisting, or from some other cause), and they make sure it is care that was actually received (not an inflated bill that had services added in that were not received).

PIP pays up to 80% for lost wages. One is required to prove they can’t work, and it is still subject to the policy limits. The medical bills and other claims all come out of that same policy. So if you have a $2500 policy, $2000 in medical bills and $1500 in lost wages, you can still only collect a maximum of $2500. That’s why it is good to carry as much as you can afford.

If the injured person was NOT an income producer or wage earner, they may make a claim for reimbursement of expenses required to replace the essential services the injured party normally would provide to the family or household.

You may have more than one PIP coverage that you can collect. If, for instance, you have your own insurance policy for your own vehicle, but you were a passenger in someone else’s vehicle when you were injured, you can collect under both insurance policies for PIP. The coverage from the two or more different policies will add together. For instance, if you have a $2500 PIP policy on your own car, and then you have a $2500 PIP policy available on the vehicle you were traveling in, you essentially have $5000 in coverage, but if you have less than $2500 in bills or claims, then it will not make a difference. In other words, if you have two policies, but only have $2500 in bills, you only recover $2500. If you have $4000 in bills, you will recover $2500 from the primary PIP policy, and then recover another $1500 from the other PIP policy, which adds up to the $4000 you are out of pocket and need to pay or be reimbursed on.

There are several time-important time limits in insurance claims. Two of the most important are the time limits to submit claims: Texas PIP will cover expenses incurred no later than three years after the date of the accident. Therefore, if you have a medical bill from your wreck that you incur two years and 10 months after the collision, it should still be covered. Expenses, such as medical treatment, incurred after three years have passed since the accident will not be covered.

Also, the time limit to sue for not paying a claim: Texas Contract Law has a four (4)-year statute of limitations. If you submit a claim to your automobile insurance carrier for Texas Personal Injury Protection, and the insurance company wrongfully denies paying the claim, you have four years from the date of the breach of contract to file the lawsuit to enforce your contract.

Your insurance agent has other products they may tell you are the same or better, but beware. One such product is:

Medical Payments Coverage (Med-Pay), which operates differently than PIP. Med-Pay is not mandated by Texas law. Additionally, Med-Pay coverage may be issued in any amount: $500, $1,000, $2,000, etc. There is no state-mandated minimum. Although Med-Pay also provides no-fault coverage, it only covers medical bills and does not cover lost wages.

However, there is one major difference between PIP and Med-Pay that can make a big difference in your case. Unlike PIP, Med-Pay coverage is entitled to subrogation and reimbursement rights. So you could end up having to pay this money back. Not a good product, in my opinion.

PIP is a useful tool to help protect yourself and ease the stress of a car wreck and will help you. It’s important you get this coverage because, after the wreck, there is nothing we can do to add it. That’s why I’m trying to spread this information because I hate to see my clients suffer and stress between the time they get into a wreck and when I recover for them. PIP helps ease that stress. It’s vital that you call your agent and get this coverage and then immediately when you’re in a wreck, call us so we can walk you through the process of dealing with the wreck and helping you through this situation.

The Importance of Having UM/UIM Auto Coverage
January 24, 2017

Inside the Wrongful Death Claim
October 27, 2016

The Perks of Hiring a Trial Attorney
August 1, 2016