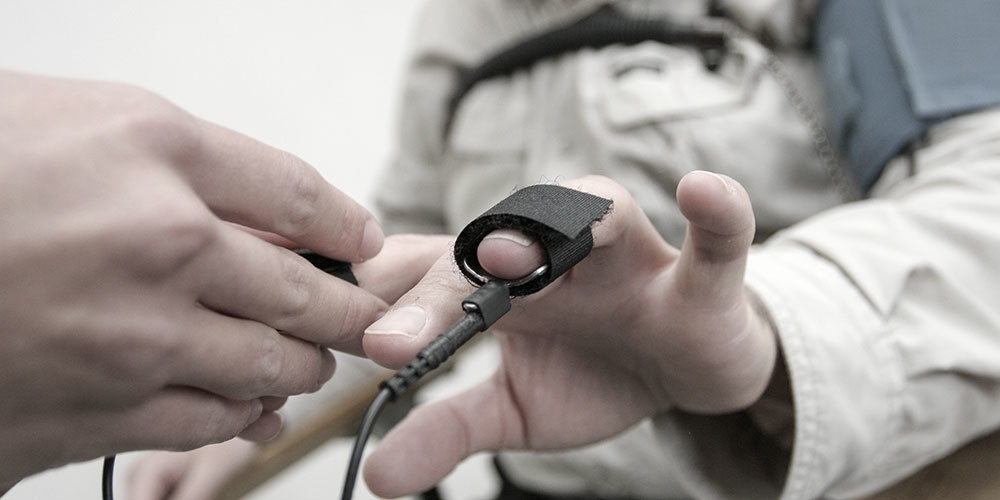 If you’re not sure why that’s a terrible idea, read my previous blogs about not talking to the police. Don’t do it. Please.

Sometimes, especially in sex cases (indecency with a minor, aggravated/continuous sexual assault and the like), they’ll ask the suspect to take a polygraph and get really, really excited when the suspect agrees. Luckily most people will consult an attorney before the day of the scheduled polygraph and get this advice: DON’T DO IT.

Just in case you didn’t catch the contextual clues above, that’s going to be my advice —do not ever, under any circumstances, agree to a polygraph examination arranged by the police. Take all the bad things that can come from speaking to the police and multiple them by ten. That’s how bad an idea it is to agree to a police-arranged polygraph.

Here’s a scary fact: Advocates of polygraph exams claim they are 90% accurate, despite no support for this figure through research or studies.

Even these people who think it’s an awesome tool will admit that there’s going to be a misleading result one out of ten times. There is no accepted statistic for reliability, but it’s certainly much lower than 90%. Basically, there’s a pretty decent chance that the polygraph will make you look guilty. Most people know that polygraphs are not admissible in court — precisely because of the issues with reliability — but do you really want the police and prosecutors to be that much more convinced that you are guilty? When they know you’re guilty, every little statement or piece of evidence becomes confirmation for them. That’s not a great position to put yourself in, especially when it’s entirely avoidable.

Here’s another fact: polygraph exams are conducted by people. There is not one person who is free from bias.

Police often automatically assume you’re guilty of a crime and then their job is to get you to confess. Do you really think that polygraph operators who regularly do work for the police have a different mindset? (Hint: No!) The person conducting the polygraph exam has complete control over the questions you’re asked, how the questions are phrased, and what vocal inflections and nonverbal cues go along with them. People are not very good at being completely objective, even if they’re consciously trying not to express any judgment or opinions.

If I were strapped to a machine with a person who already thinks I’m guilty, I’m probably going to be nervous about it. If I can’t stay calm while denying I committed the crime, I’m going to fail the test. At best, the results will be inconclusive because I was too nervous for them to get a good result. Either way, I’ve given the police more evidence with the words I spoke during the exam, I’ve confirmed my guilt in their heads, and I have not helped my case. All because I did something that will never be used against me if I don’t do it and that I had no obligation to agree to.